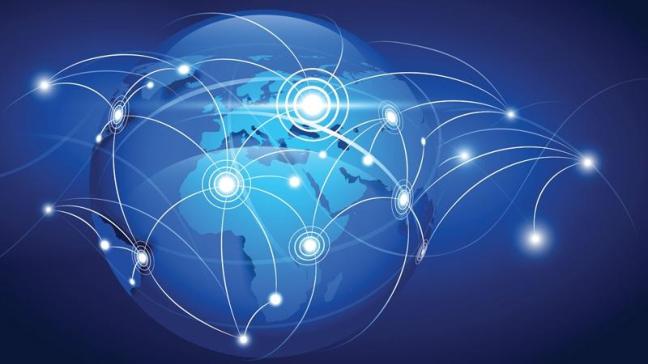 It is October 1, 1908. America’s first affordable automobile makes its debut appearance on the first day of production. Henry Ford and company must have been ecstatic about such an accomplishment. Back then, instead of rivaling against the design and horsepower of other auto manufacturers, the Model T faced off against the health and leg power of the horse. Just as always, critics claimed that Ford would not succeed, that his product would not match up against what was already traditionally acceptable. However, Ford Motor Company is now the second largest American Auto Manufacturer in the world and holds the title (by most historical accounts)  for producing the first affordable V8 engine.

In Ford’s time, he faced two particular giants. These were symbols for the multiple challenges that came his way. The first, “Economy”. With only 155 total miles of paved U.S. roads, very few of them connecting neighboring states, a car would not last long in the world that society was used to (Sandison).  The second is a peculiar one, “Culture”. People simply were used to the Family Horse and Buggy and could not wrap their minds around rocking a stick back and forth while they sit on top of miniature explosions that are responsible for the propulsion of the vehicle. It was truly a non-trivial complexity to most minds and therefore was hard to “sell” to the masses (both literally and figuratively). Fortunately, Ford saw past these giants, he went on to develop the manufacturing process. This accomplishment set the tone for the modern industrial world. Automobiles were once what consumers and producers perceived as vague and difficult to mass produce. Now, consumers cannot wait to head to the dealership and buy a brand new set of wheels.

Fast forward to 2018. There are now several Henry Fords in the world. CEOs of automakers, Solar Energy Start-Ups and Infrastructure Innovators everywhere are disrupting tradition with “Fordisms”, every day. Only now, even larger organizations like the US Department of Energy and NASA are behind these “Henry Fords”, in support of their ingenuity. General Motors and Honda started a Joint Venture in 2013 to engineer a fleet of Fuel Cell Electric Vehicles that can be reliable and affordable for the masses. The possibilities that their work can create are nearly limitless. The US Department of Energy, US Army, and US Navy are all calling dibs on what can come from Fuel Cell Technology. The Chevy Colorado ZH2 has incredible advantages that make it more efficient and useful than its petroleum counterparts.  From a report at General Motors, the vehicle is being tested under rigorous conditions to evaluate its power generation, reduced odor, low thermal signatures, extended range and the possibility of using the water exhaust byproduct. Underwater fuel cell vehicles are also being adopted from their original land concept designs for maintenance and rescue operations (Ganz)(GM).

More importantly, the Department of Defense is taking a strong liking to these incremental achievements, seeking to expand EV and FCEV technology to a larger scale in order to grow the country’s overall network and infrastructure. (Casey)

On the contrary, these initiatives face the same giants as Henry Ford did. The two giants, “Economy” and “Culture” still loom over this progress. With economy, particularly, infrastructure, California may be the only state that has a consistent network of Hydrogen Fuel Stations. Then there is culture. A culture that was once inseparable with the Horse and Wagon, now economically glued to the Reek, Rev, and Roar of the petroleum-powered engine.

Most consumers are clinging to gas-powered cars solely because of the sound and power they give the driver. Others enjoy the smell of oil and prefer to fix a broken motor mount then replace a battery pack. It is clear that some of these minds would rather enjoy a cultural satisfaction than face bigger problems and usher in superior changes. As a reader, are you pro or anti Alternative Energy in the transportation sector?

As for me, I believe that Fuel Cell Technology will be at the forefront of Vehicular Transportation due its tremendous efficiency, variety in relevant energy applications, and its innovative nature that can truly add to the current conventions of sustainable transport.

We face cultural, economic and political barriers, but every pioneer before this time has found a way to prove that his or her solution actually works. Fuel Cell Technology will literally fuel our world in the coming years. Our reliance on fossil fuels has reached an alarming peak and the environmental effects are both real and detrimental to society. Together, we can all embrace our inner “Henry Ford” and utilize these fascinating technologies to create a better world to live in. I am confident that we can usher in an era of “Clean, Efficient and Innovative” by redesigning and refueling our future, one fuel cell at a time.

(As a believer of accountability and prose, all graphics and content have been properly sourced in the above passage.)

My Place of Work